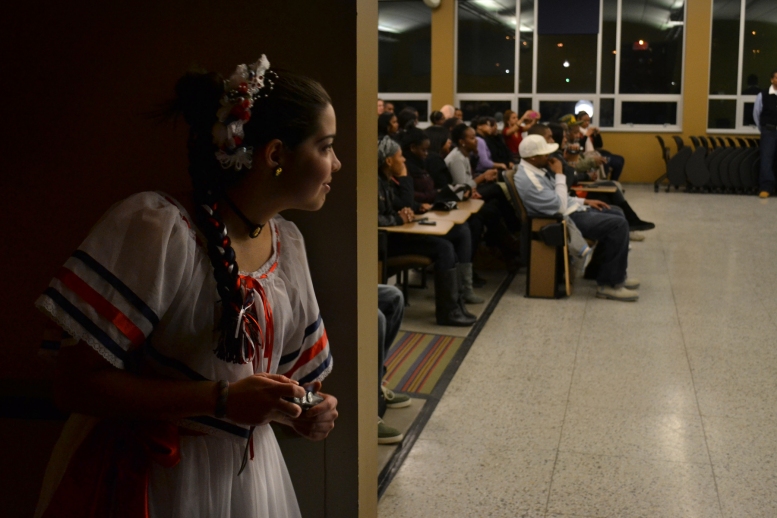 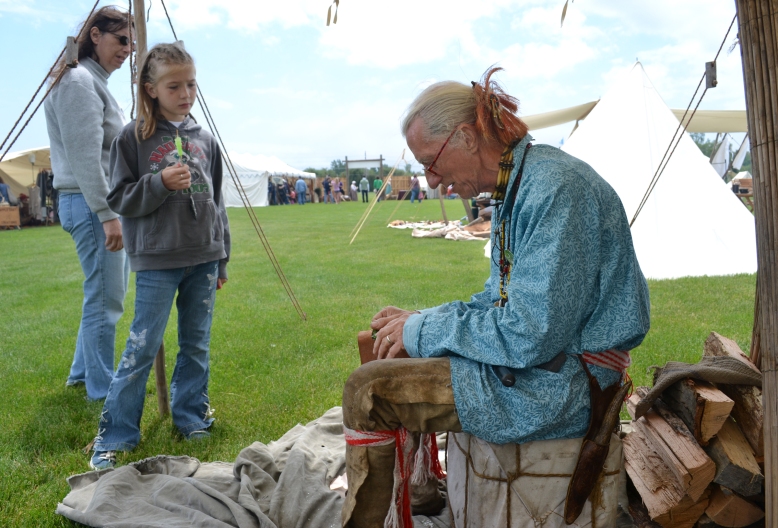 Carmen Gerze, 8, of Wayland watches as Ronald Chambers makes an arrowhead on Saturday. Chambers said making one takes 20 minutes or more. He has been doing re-enactments for 17 years and has only missed one of the annual Feast of the Strawberry Moon events. 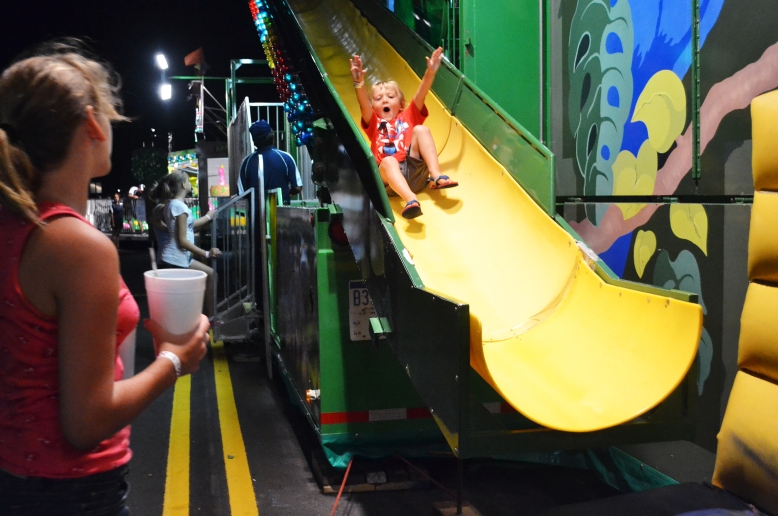 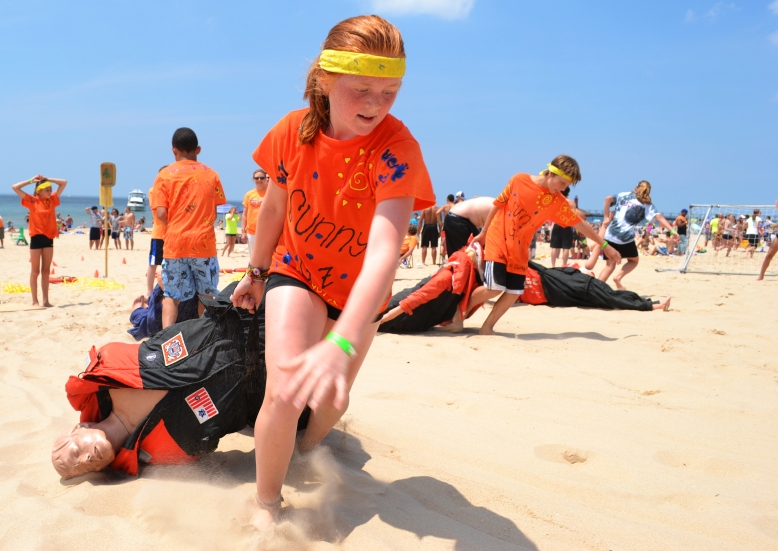 Hundreds of participants and spectators attended the eighth annual Beach Survival Challenge at Grand Haven State Park on Saturday. An unprecedented 80 teams competed in Ultimate Frisbee, tug-of-war and other challenges to raise awareness of water and pier safety. The event is held in honor of 17-year-old Andy Fox, who drowned at the state park after being caught in a rip current in 2003. 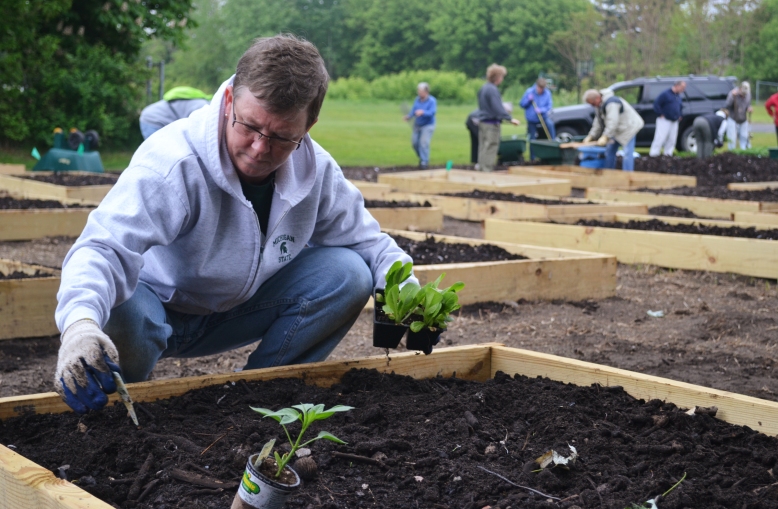 Marti Dyer begins planting in her garden plot after Community Garden No. 1 was dedicated Saturday morning. The garden, which was funded by donations, consists of 32 plots community members can use to grow produce. Dyer said she and a co-worker are sharing one of the garden beds to grow vegetables with her co-worker’s 3-year-old daughter to teach her about health. “I don’t have the sun to grow vegetables anymore, and then they advertised this, and I just thought it would be a great idea,” Dyer said. 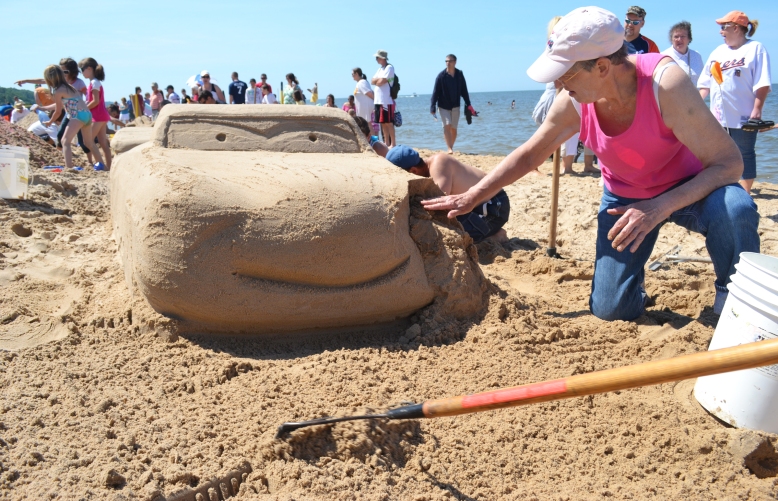 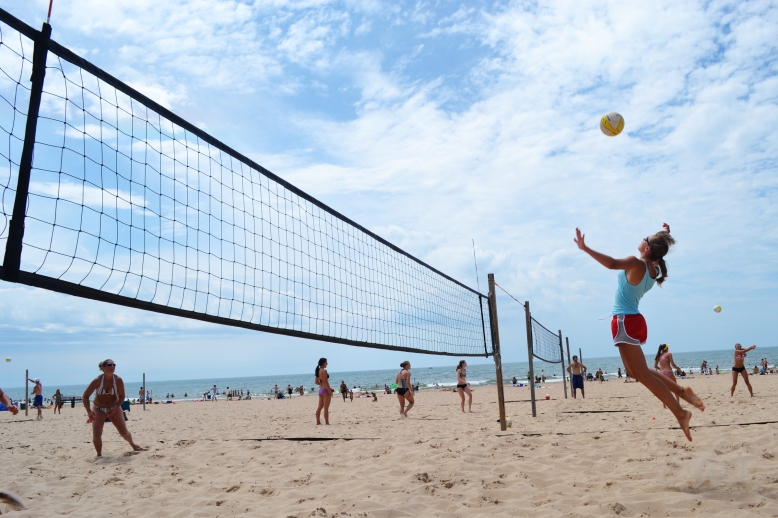 Megan Vander Meer, 17, jumps to return the ball to her opponents Saturday at Grand Haven State Park. The Midwest Beach Volleyball Tour made its third and final stop at Grand Haven, drawing about 75 teams to the beach. 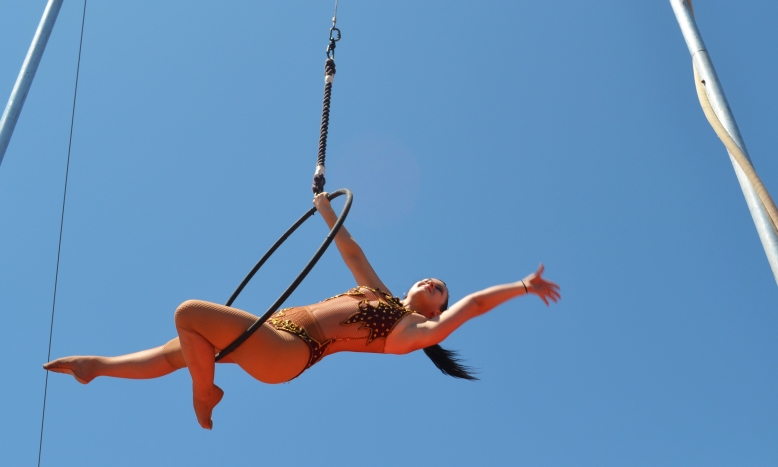 A performer for Fantazia Circus spins above the crowd in her aerial hula hoop act Saturday at Waterfront Stadium. The free kids show, “Playing Out Loud,” was part of the Grand Haven Coast Guard Festival.